Borussia Dortmund must be the unluckiest team in the Europe as they always go head to head with all the giants but it’s always the last interval when they miss out of titles. Even this year, they were challenging Bayern Munich but now they will go against Paderborn with a 10 point gap on top of the table.

Dortmund are still healing from a 1-nil loss to Bayern at home and they can’t afford to lose any point in any game of the season. But one thing which is very important here is that Dortmund have never lost a competitive match to Paderborn.

Paderborn are sitting on the last spot in the points table 8 points deep in the relegation zone and this can be their first step towards an upset even if they could just steal one point from the fixture.

Despite that fact that Dortmund are coming after a loss and will be without two of their star players, Paderborn doesn’t stand any chance against Dortmund. Dortmund will be mostly replying on Thorgan Hazard and also on Sancho who will be the man to watch.

Dortmund can’t afford to lose a point especially against the last played team. Venue wouldn’t matter that much due to closed doors matches so Dortmund are the clear favorites here and every player in Black & Yellow will be on their toes due to the 10 point gap on the top. Check all betting odds on bookie 1xbet. 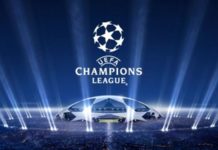