This will be Liverpool’s more important fixture in the last 20 years. After a wait of two decades Liverpool are close to lift the Premier League title. Jurgen Klopp did it, what other managers couldn’t achieve with players like Suarez, Torres and Gerrard. Everton are far from winning the league but they are only ten points away from the relegation zone. With nine fixtures available Everton will be on their toes to get rid of the relegation zone.

No easy days for Everton as Delph was absent on the training and Gomez and Walcott are also not fit for the match so there is a lot what Ancelotti will be dealing with. Mina is also out for a fair amount of time after tearing his thig muscle.

It’ll be an easy win for the Liverpool and we don’t see anything stopping them from ending the wait for 20 years. Klopp has made Liverpool a superpower of European football, they are untouchables. But we all know that Ancelotti never comes easy, you always need to do a little extra to beat the veteran but with the team that Klopp has at the moment we don’t see any chances of Everton even closing down at them. If you want to bet on this game, check 1xbet.

With only two points gap on the top Barca will have their best team available to claim another La Liga title. Barca have developed a reputation of bottling major tournaments and this would be the last thing we would like to see in 2020. Sevilla are on the third spot, 13 points away from the leaders Barcelona. But below Sevilla there is Simeone with his army only 2 points away on the fourth spot and Gatafe is also on 4 points away so both teams know the importance of this fixture and how it can impact them.

Sevilla will have their preferred eleven and they will be mainly relying on Lucas Ocampos who has scored 13 goals for them this season while Susu will be available as well, we all know that he can make a huge difference among the two teams.

Coming to Barcelona, they will also have all their star players available except Luis Suaraz who has left a huge void in the attack which even Griezmann is failing to fill. But the main man will be the G.O.A.T Lionel Messi who will be the main difference among the two teams. De Jong and Griezmann will also start for the Catalonians.

It’ll be a nail-bitter and what makes it more interesting is Barca’s reputation of chocking whenever they need to perform, they’ve done in several times in last few years. Sevilla is not an easy team and they have shown it throughout the season and that is why they are on the third spot.

Coming to conclusion, we believe that it’ll be a Barca will but it won’t come easy. Messi will be the difference and if somehow De Jong and Griezmamm clicks it’ll be Christmas for Barcelona. Ocampos will be the man to watch for Sevilla as he can score some screamers which can be a game changer. 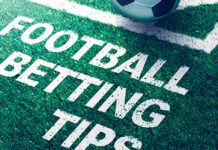 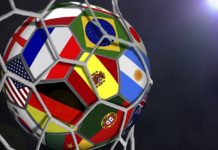 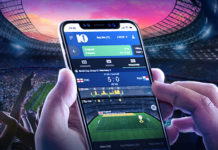 Jeff Hendrick is set to miss out on dream AC Milan move due to...