Arsenal looks furious this season under Arteta and with their inform players like Aubameyang and Willian. The only problem is with their defense as David Luiz continues to leak goals. On the other hand, Jamie Vardy is again in red hot form and is netting goals like he was in last season.

Both teams are tied 9 points after 5 fixtures with Leicester having an edge on goal difference.

Both of them are coming from a defeat as Arsenal were defeated by the giants Manchester City and Leicester were handed a defeat by none other than league toppers Aston Villa who are going through the time of their lives.

Leicester’s Champions League spot was stolen in the last week of last season and they are in all shapes to take revenge this season.

Both teams are devastated by injuries with Williams still in doubt for Arsenal and they will be having troubles in their defense with Mustafi out with Knee Injury.

For Leicester, Vardy is out with a calf injury and if that’s not enough, Ndidi and Pereira are also injured and won’t be able to make it to the match day.

Both teams are doing quite good this season and one thing is for sure that it is going to be a nail-biter. Both teams like to play offensive football so there will be a lot of fireworks inside the 90 minutes.

Arsenal’s weakest point will be their defense but they will come back strong on counters and with players like Aubameyang, they can be very dangerous. 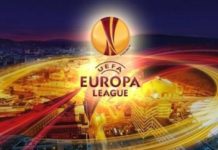 Online casinos in the time of COVID-19 pandemic